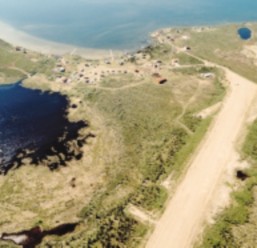 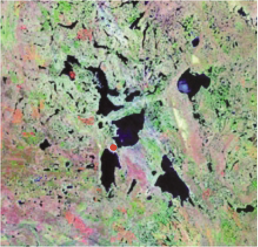 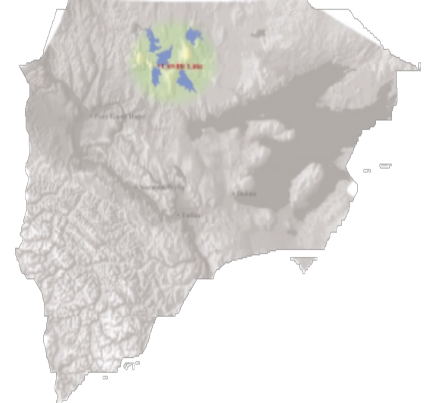 It is a very heavy thing for me to speak about the land... Even the school now recognizes the importance of balancing Dene culture with modern skills. When our children come with us out to the Barrenlands, they bring their books. But all day they do chores and learn survival skills. They only study in the evenings. I take young kids into the bush nowadays, and they will have put the tent up, cut brush for the floor, gathered wood, built a fire, and even gotten snow for water before dark. I know they can survive on the land. It would be extremely hard to break the traditional ways.

Chief Richard Kochon, from Building a Vision for the Land Survey (Colville Lake). Sahtu Land Use Planning Board, 1999.

K'áhbamį́túé means “Ptarmigan Net Lake.” The name refers to the traditional method of trapping the ptarmigan that gather among the willows bordering this beautiful lake. This home of the Behdzi Ahda First Nation was also an important fish lake and trapping area for the Duhta Got’ine. The Anglo name likely refers to Andrew Wedderburn Colville, the London-based Hudson’s Bay Company’s governor from 1852-1856.

In the early 1960s, there was a movement to revitalize the traditional trapping economy, and a number of families along with Oblate missionary Bern Will Brown travelled from Fort Good Hope to establish a permanent community on the south edge of the lake. The Our Lady of the Snows Mission building, constructed of local logs by Dene builders with Bern Will Brown, remains a significant landmark in the community.

Until the turn of the 21st century, Colville Lake remained one of the most isolated communities in the western Arctic. Recently important natural gas reserves were discovered in the Colville Lake area, and the Behdzi Ahda First Nation leadership has negotiated terms for developing gas wells, including jobs and contracts for community members. Now a winter road links the community to Fort Good Hope, Norman Wells, Yellowknife and places farther south.. 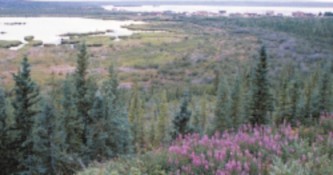 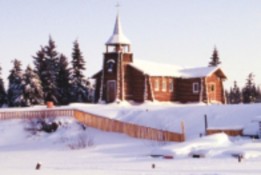 Dutá is regarded as the home territory of the Dutá Got’ine (Among the Islands People) regional group, and is located on the northern end of Colville Lake. The main families using the site include Kelly, Edgi, and Kochon. The area is noted for fishing, waterfowl, moose hunting, and is located on a caribou migration route. There is a tourist lodge located at Dutá, operated out of Colville Lake. Local oral tradition indicates that the military maintained a training camp near here, though it is now abandoned. From Rakekée Gok’é Godi: Places We Take Care Of.

I have long been told stories about the huge mountain called Ayonikı̨ (Maunoir Dome)...

Ayonikı̨ is named after the little phalarope, who is said to have once beat the great whistling swan in a test of strength when no other animal would dare take him on. This mountain is known as the birthplace of all the Inuit and Indian nations of the country.

One day, a young Inuit boy and a young Gwich’in boy were playing together, shooting arrows and chasing after them. When they came upon an owl up in a tree, they both took aim and shot at it. One arrow killed it. The owl fell out of the tree, and the boys started arguing about who killed the owl.

The Inuit boy’s dad tried to solve the dispute by reaching over and taking the owl away from the boys. But as the Inuit father turned away, the Gwich’in youth shot him in the back.

Finally, a truce was called. The people said “This fighting is crazy – we’re all one family and we’re killing each other off!” But Akaitcho was so enraged about the owl that he wanted thebloodshed to continue. There was a big council fire, and the wise ones of the family said “We can no longer live together. We must all go our separate ways.”

There are two versions to the legend of Ayonikı̨ – the human version and the animal version. In the human version, the people dispersed from the council fire. The children went east, the mothers went south, and the young men of twenty years went west. But before the young men left, they put some meat by the council fire. This was for the gray haired old man who was too old to go anywhere. The young men who went west are the Inuit people. The gray haired old man is the K’ahsho Got’ine. Mackenzie Valley Viewer, 2001 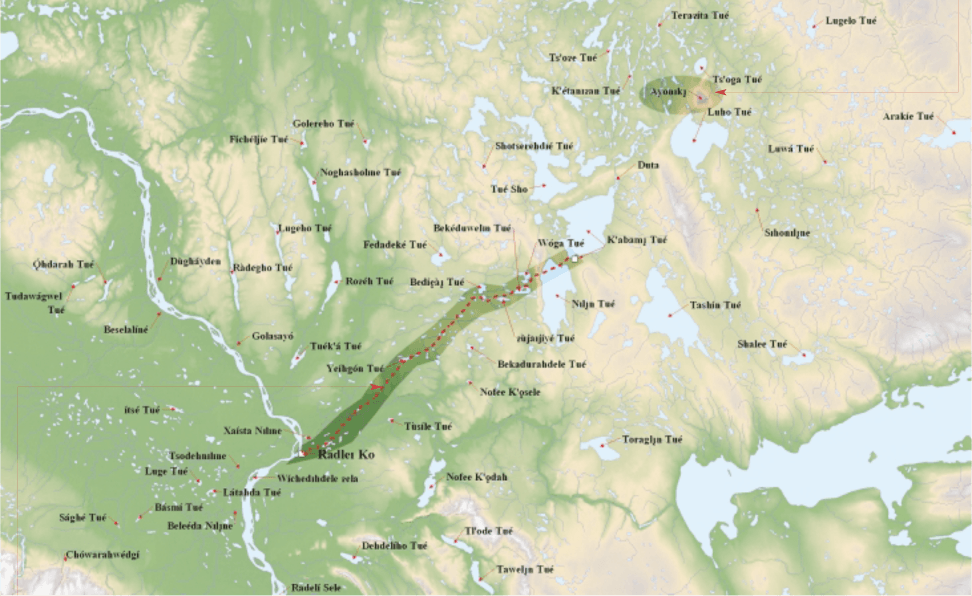 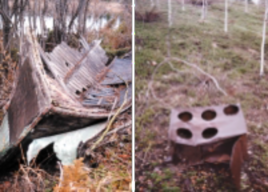 This walking trail, linking Fort Good Hope and Colville Lake, was used every summer in June by people from Colville Lake. Travelling with dog packs, people would walk to the fort to trade their furs, and would remain in the Good Hope area fishing, taking treaty, and visiting with family, returning to Colville in August. It was used before fur trade times as well. It is known as a very long trail, noted for difficult walking conditions, thick bush, long stretches of wet muskeg, and many mosquitoes. The trail is still used in winter. The last family to walk the trail in summer was the Oudzi family in 1965, however in 1998 a team of people led by Charlie Tobac, walked the trail from Colville to Good Hope with a film crew as part of a cultural revival project.