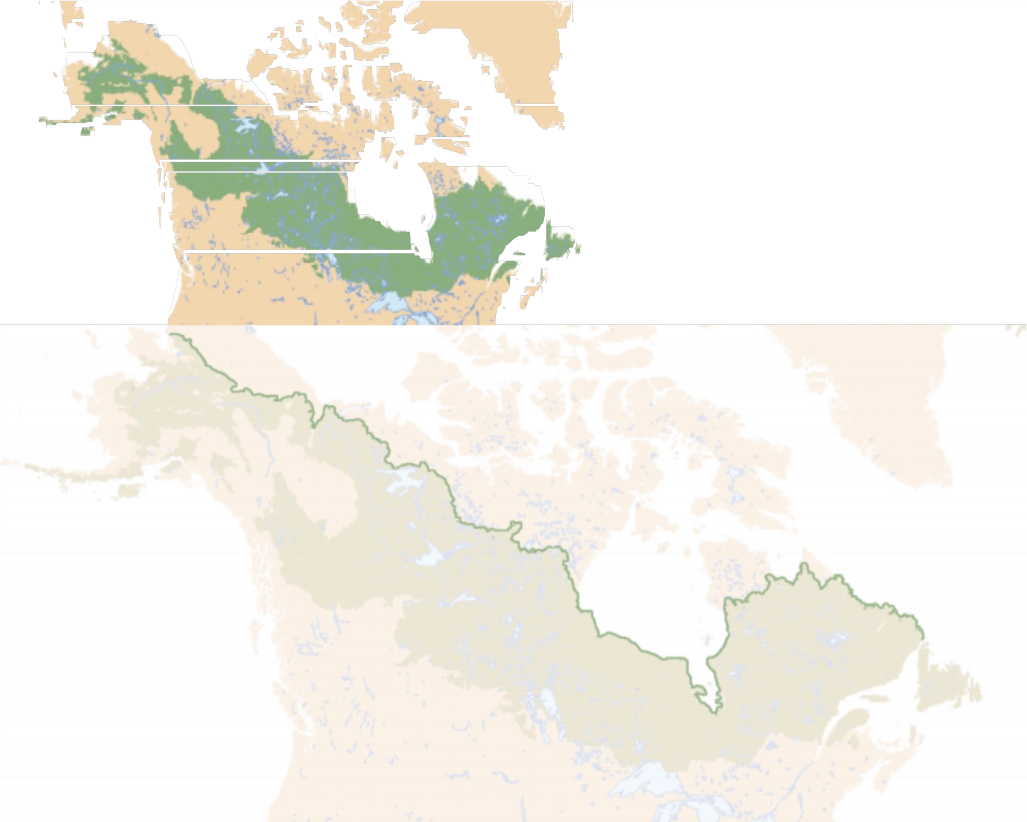 There is evidence that the treeline once extended well north of Inuvik and the Arctic coast some 9000 years ago; it was of course pushed many hundreds of miles to the south, into what is now the central USA, by ice ages in the not so distant past.

Trees grow farther north through the Sahtu along the Mackenzie Valley up to the Mackenzie Delta almost to the shores of the Beaufort Sea, farther than anywhere else in Canada. The Mackenzie River and Valley create a micro-climate that is much friendlier to tree growth than other places at the same latitude.

It is a lack of summer warmth that sets a northern limit to tree growth. This explains why the treeline does not lie neatly along a parallel of latitude. It runs diagonally south-eastward from a point just north of Inuvik, to the southeast corner of the NWT.

The treeline is controlled by the following factors:

Where the permafrost is close to the surface, the active or seasonally thawed soils are too thin to accommodate roots. A tree's height is limited by the depth and holding power of the soil it is rooted in. Therefore, trees become shorter and smaller as the treeline is approached.

Much of the Sahtu is located in the boreal or “northern” forest – Canada's largest biome. The boreal biome occupies 35% of the total Canadian land area and 77% of Canada's total forest land, stretching between northern tundra and southern grassland and mixed hardwood trees. Named after Boreas, the Greek god of the North Wind, the boreal biome starts in the Yukon Territory, forming a band almost 1000 kilometres wide, and sweeps southeast towards Newfoundland. To its north is the treeline, and beyond that the tundra of the Arctic.

By far, the most dominant tree species are conifers, which are well-adapted to the harsh climate and thin, acidic soils. Black and White Spruce are characteristic species of this region along with Tamarack, Jack Pine and Balsam Fir. There are also deciduous trees, which are at times mixed in among the conifers, especially in more southern areas - they may include White Birch and Poplars. Over 200 bird species breed here, as well as being home to species such as Caribou, Lynx, Black Bear, Moose, Coyote, Timber Wolf and recovering populations of Wood Bison.

Also characteristic of the boreal biome are innumerable water bodies: bogs, fens, marshes, shallow lakes, rivers and wetlands, mixed in among the forest, and holding a vast amount of water. The winters are long and severe while summers are short, though often warm.

While direct economic forest resouces in the Sahtu such as logging are limited by infrastructure, population and tree size, the forests play a key role in supporting activites that remain esseantial parts of life in the Sahtu. Wood is still used by many for home heating and cabin construction. The Boreal forest also provides the habitat for wildlife which Dene and non-Dene rely on for food and income. 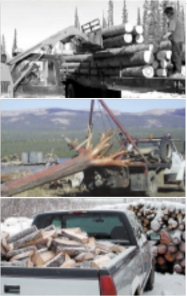