Black bears have a broad head and short neck. Their eyes are small and black, their ears rounded and the snout long. In the Sahtu, the most common coat colour is black, with a tan muzzle.

Black bears are omnivorous and highly adaptable in their food habits. From May until late July, black bears forage on grasses and sedges along rivers. In early spring, they also depend to some extent on the carrion of winter-killed animals. Later on, they feed on eggs from nesting waterfowl on river banks, fish along streams, and dig up roots and tubers. In later summer and fall, berries are an important food. 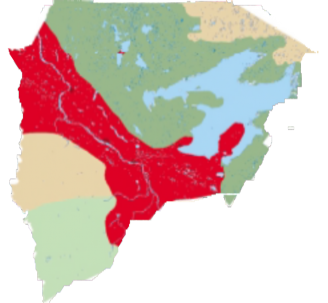 Grizzly bears, Ursus arctos horribilis vary considerably in size depending on the area they inhabit. In the Mackenzie Mountains, where winters are long and cold and the forage is sparse, the heaviest male recorded in a 5-year study weighed only 214 kg. Females are smaller than males and do not continue to gain weight with age as males do.

Grizzly bears are larger than black bears and more heavily built. They are usually recognizable in profile by the shape of the snout, which is long and upturned rather than convex like that of a black bear. Another distinguishing feature is the prominent hump of muscle on the shoulders. They have long shaggy coats with coarse guard hairs overlying a dense mat of underfur. Around the shoulders, the hair lengthens to form a ruff. Colour varies from light gold to almost black, with pale bears being the most common on the barrenlands.

Grizzly bears are omnivorous. In spring, they graze first on roots and then switch to new grasses and sedges as they emerge. During late summer and fall, they feed primarily on berries. They may also eat lemmings and ground squirrels, which they excavate from burrows. With respect to large animals, bears are opportunistic predators and will kill caribou, moose, muskoxen and Dall's sheep if the occasion arises. 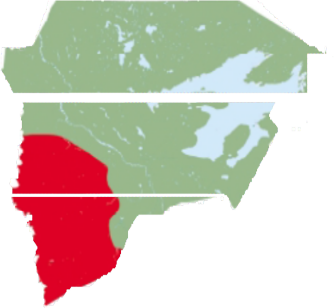 Scientists differ as to whether or not bears enter a state of true hibernation, but the controversy may be largely a matter of terminology. Many smaller mammals enter a deep sleep from which they cannot be easily roused. While they are dormant, their body temperatures are much lower than normal.

A bear's temperature, in contrast, does not drop more than about 5°C. Bears can awaken easily, but if undisturbed, may sleep for as long as a month without changing position. Smaller mammals awaken periodically to eat and expel body wastes. Bears cease all such functions during their hibernation. 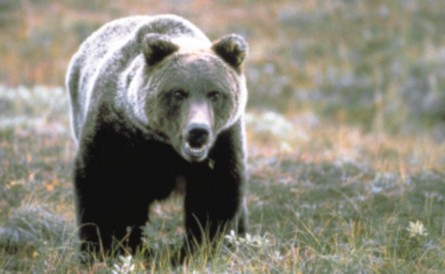 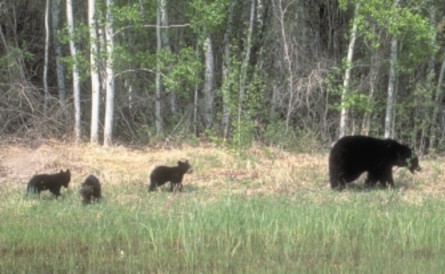