Woodland "boreal" caribou are distinct from the woodland "mountain" caribou even though both are genetically the same subspecies. The key distinction being boreal caribou live in small, rather isolated groups and prefer areas of old growth conifer forest whereas the mountain caribou inhabit the plains and valleys of the Mackenzie Mountain region.

Research shows that boreal caribou are sensitive to the more intensive land use activities found in their habitat such as oil and gas exploration and extraction, particularly the cutting of seismic lines.

Extensive research in northeastern Alberta done by Alberta's Boreal Caribou Research Program (BCRP) have found that wolves utilize the seismic lines and therefore can travel much faster through the forest than through the dense bush, especially during the summer. It was found by monitoring radio-collared caribou that wolves using seismic lines were able to increase their efficiency at finding and killing caribou.

With this increased risk of predation, the radio-collared caribou were less likely to utilize habitat with a high density of seismic lines - more likely found in areas over 250 meters away from seismic lines. Therefore, areas within 250 meters of seismic are considered to be areas of habitat loss for caribou. 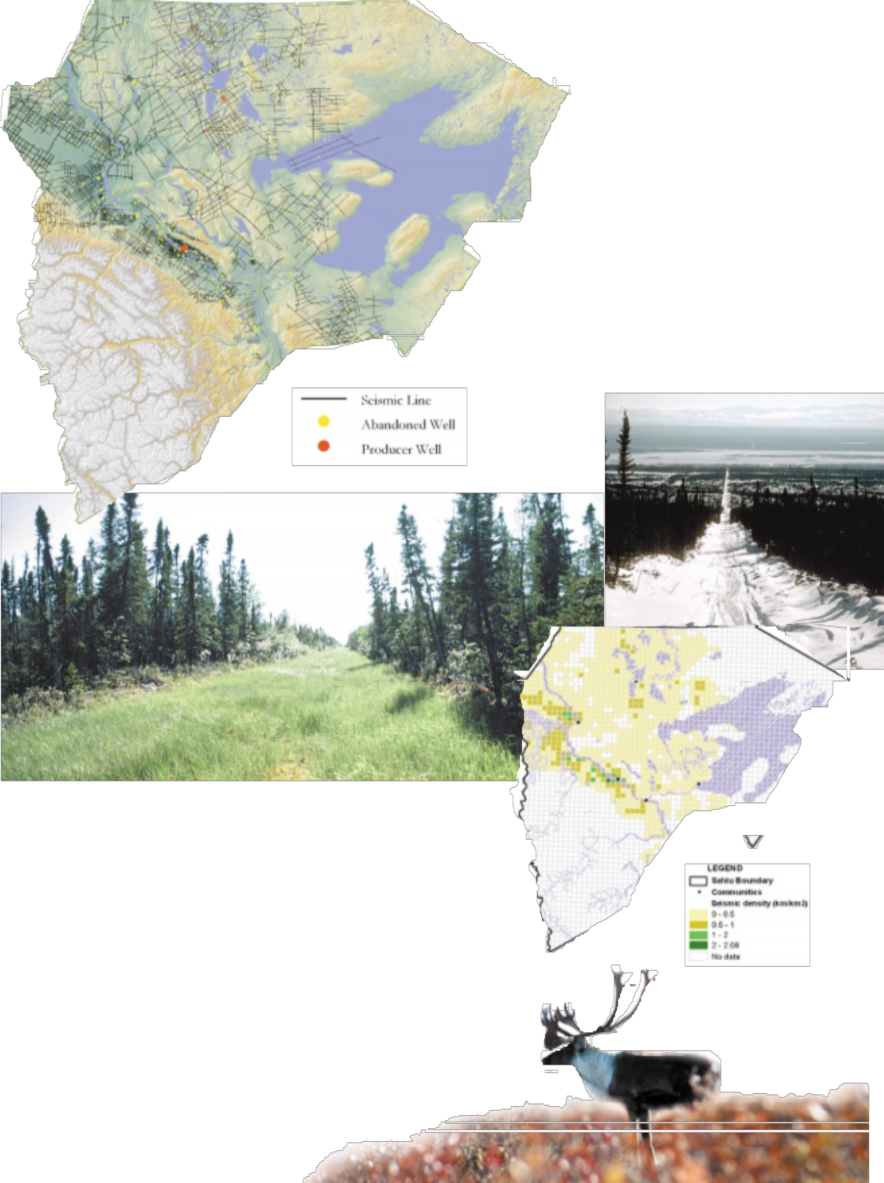