With the Japanese bombing of Pearl Harbour in 1942, the United States Government planned to ensure a supply of fuel from Norman Wells via a refinery at Whitehorse to Alaska for military use. 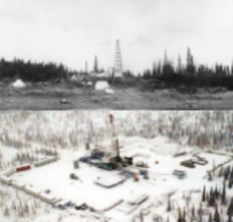 The construction of the Canol pipeline for this purpose crossed 580 miles of rugged, mountainous country – much of it unmapped. Thousands of American troops, many of them blacks from the deep south who had never seen snow before, were sent north to assist in the construction of the Canol road and pipeline. Dene people were hired as guides – for many this was their first experience participating in a wage economy.

There is one thing I would like to say about the oil in Åe Gohlini (Norman Wells). What was the name of the man who found that oil? It was our own father, Francis Nineye. When he found the oil, he took a sample of it, put it in a lard pail and brought it out into Tulít’a. That same summer, he had an accident and died.

Now the white people turn around and claim they found the oil. My dad was the first guy to find that oil. He was staying right where Åe Gohlini is now, and the Dene had about five or six log shacks. They were trapping and hunting there for a living. He took the sample of that oil in a lard kettle and brought it into Tulít’a. He gave it to Gene Gaudet, the Hudson's Bay Manager, and he sent it out on the boat, it had to be a boat, there was no planes then. We never heard of that oil again and we never got the lard kettle back. We never could do anything about it again. There is no record. 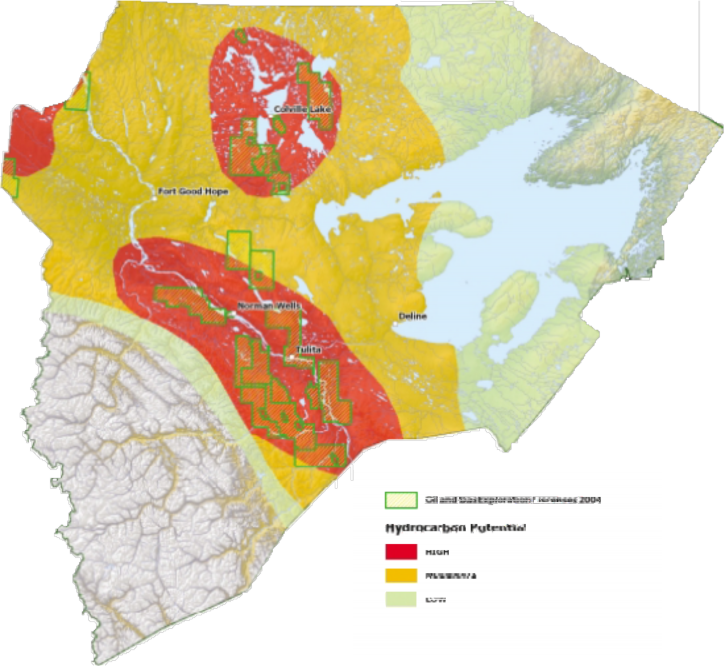 What are seismic lines?

Most people in the Sahtu easily recognize the long, relatively straight cutlines that criss-cross much of the landscape. These lines are created during the early stages of oil and gas exploration to help â€œseeâ€ what is below the ground. Once a siesmic line is cleared, sophisticated equipment is laid out along it to measure acoustic shocks that are sent through the ground. By analysing the variations in the acoustic shocks as they travel through the ground, exploration companies can get an idea of what lies underground and if there is any indication of oil and/or gas.