Danny is from Tulı́t'a and a member of the Fort Norman Métis Land Corporation. He has a long history working in the Sahtú region. He was involved with the Fort Norman Métis Land Corporation for many years. Danny was a part of the Sahtú Dene and Metis Comprehensive Land Claim Agreement negotiating and implementing teams through his work with the Sahtú Tribal Council and the Sahtú Secretariat Incorporated. Danny also worked with the local Land Corporation and the Tulı́t'a District Land Corporation. Danny has a Bachelor of Commerce from the University of Calgary. He also has a Certified General Accountant Designation. Danny is a businessman, he started his own companies in heavy equipment services and oil and gas work. Danny is currently working with the Sahtú Dene Council as a Project Coordinator. 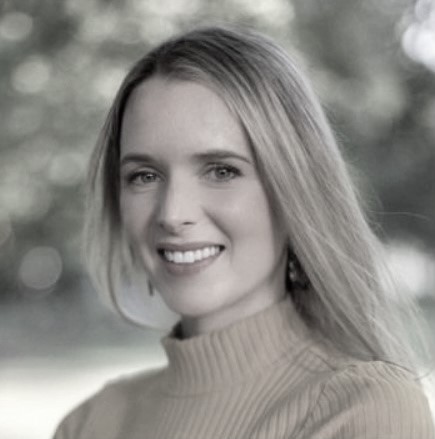 Grace grew up in Northern Ontario and is currently based in Ottawa. Her research focuses on Indigenous-led fisheries, innovative Indigenous governance and land claim practices, and the decolonization of ecological knowledge and resource management in Canada’s North. She hopes to facilitate policy processes using deliberative, ethical, community-focused processes based on mutual respect. She has over ten years of experience in public policy, natural resource management, and aquatic science. In her spare time, Grace enjoys camping and watercolour painting. 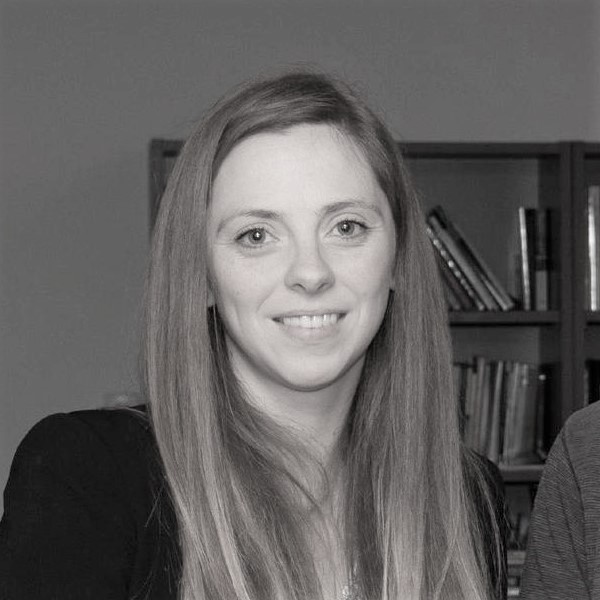 Jacqueline holds her PhD in biology specializing in salmon ecology and fisheries conservation across Canada. Her work spans from individual fish health, including parasitology and disease, to fisheries sustainability and food security. With over 10 years working across disciplines in fisheries and aquatic sciences, Jacqueline strongly believes that strong community partnerships and co-produced research is critical to address the cultural, economic, and environmental pillars of sustainable and healthy fisheries. In her spare time, Jacqueline enjoys all things outdoors, but especially loves back-country camping and horseback riding.

James Hodson is an Environmental Assessment / Wildlife Biologist with the Wildlife Division of GNWT Environment and Natural Resources in Yellowknife. Before joining the GNWT, James held a similar position with the Canadian Wildlife Service of Environment Canada.  His work focuses on the review of industrial project applications, development of guidelines to minimize impacts to wildlife and habitat, and contributing to the development of wildlife monitoring programs to address cumulative effects.   James has a PhD in Wildlife Ecology from Laval University, where he studied snowshoe hare habitat selection and changes in hare distribution following timber harvesting and forest fires in northeastern Quebec.    James is excited to be working with the SRRB and Sahtú community members on the development of a community-based winter wildlife track monitoring program, and looks forward to learning more about the culture, landscape and wildlife of the Sahtú region. 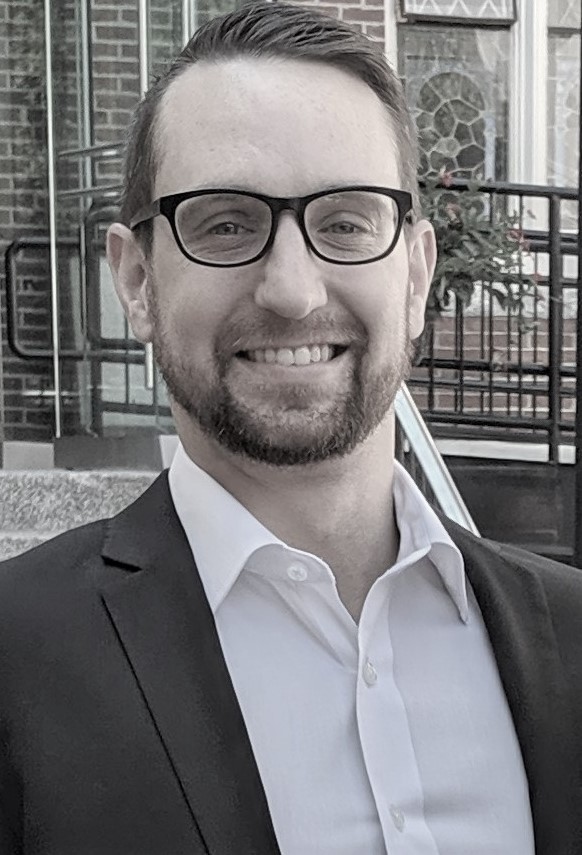 Joshua is the Research Project Administrator for FISHES Project at Carleton University, working with Professor Stephan Schott and the GE3LS team.  Joshua has over ten years of experience planning and managing programs with the Department of Recreation & Athletics, in addition to recently completing a career development assignment with the Norman Paterson School of International Affairs as the PhD and Website Administrator. 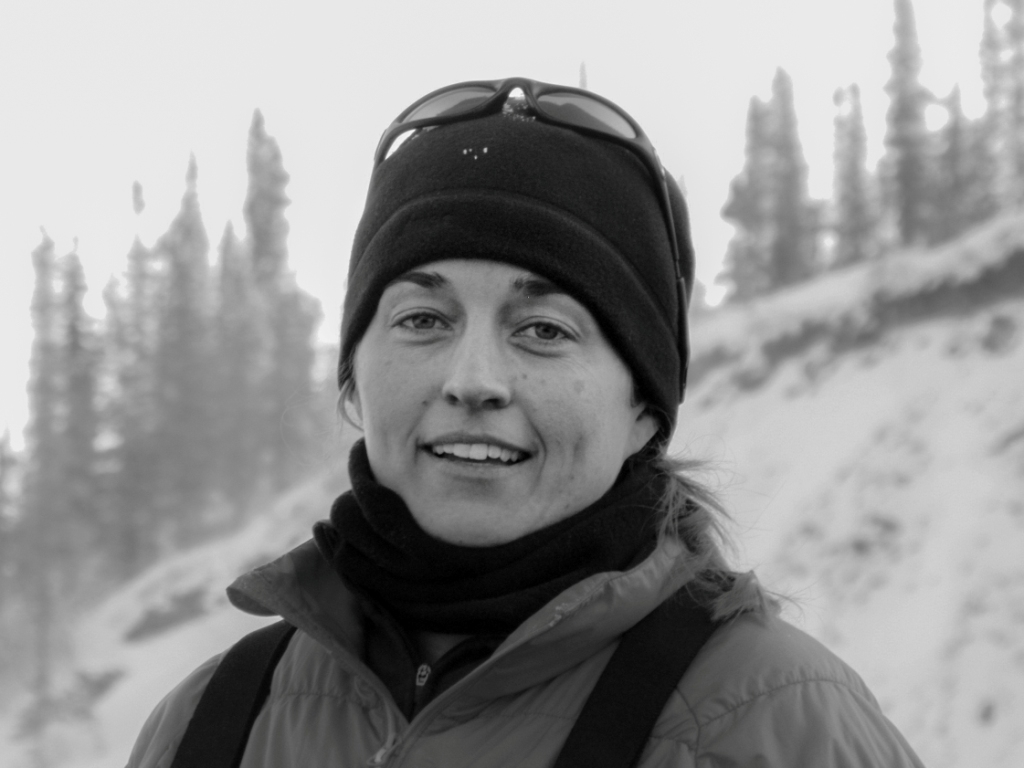 Karen is an Arctic Aquatic Biologist for Fisheries and Oceans Canada and a Liber Ero postdoctoral fellow at the University of Victoria studying biodiversity shifts of fishes in the Canadian Arctic. She leads an Arctic program that is guided by community-driven and community-led monitoring and research of freshwater and coastal ecosystems. Her research builds on her experiences leading a community-based monitoring program, called Arctic Salmon, which monitors generally increasing abundance and widening distribution trends for salmon and unusual fishes across the Canadian Arctic. She received her PhD from the University of Manitoba in 2018 and has conducted fisheries research in the Arctic for over 15 years, working with community groups and harvesters in Canada, Alaska, and Norway. Follow the research: www.facebook.com/arcticsalmon

This email address is being protected from spambots. You need JavaScript enabled to view it.

Kevin Chan is the Sahtú regional biologist with the Wildlife Division of GNWT Environment and Natural Resources based in Norman Wells. Before joining the GNWT, Kevin worked across North America on a large variety of taxa as a wildlife technician and biologist.  His work is wide ranging from studies ecological community and predator prey interactions to efforts to monitor biodiversity and species distributions in the Northwest Territories. Kevin has a MSc in Wildlife Ecology from Trent University, where he studied lynx, snowshoe hare, and red squirrel interactions and their role in driving population cycles.  Kevin is excited to be working with the SRRB and Sahtú community members to develop community driven research and looks forward to learning more about the culture, landscape, and wildlife of the Sahtú region. 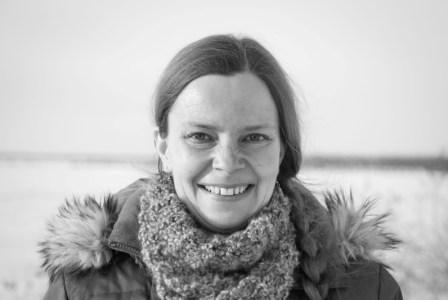 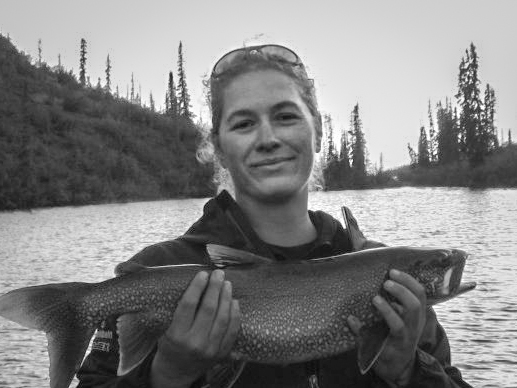 Louise Chavarie is from a small fishing town on the east coast of Gaspé Peninsula, Quebec. She grew up surrounded by sea and fishing, especially cod fisheries. The cod fisheries collapsed in the early 1990s, and this experience led her to follow a career in fish biology. She did her master’s research in northern regions (Paulautuk and Kuujjuaq) on climate change and Arctic Char with the University of Waterloo in Ontario. Louise is currently a PhD candidate in aquatic biology working for the past six years on the multiple forms of lake trout in Great Bear Lake with the University of Alberta in Edmonton. She is conducting a lake trout project in Great Bear Lake in collaboration with the University of Alberta and Fisheries and Oceans, with support from the Sahtú Renewable Resources Board. She has sampled and spent time in every arm of the Great Bear Lake: McVicar Arm in 2005 & 2013, McTavish Arm in 2009, Dease Arm in 2010, Smith Arm in 2011, and Keith Arm in 2005, 2011, and 2012. Louise has appreciated every minute of her eight years of research in Arctic regions, and hopes to spend as much time there as she can.

Dr. Yamin is an expert in aquatic ecology. He has got more than 20 years of experience in fisheries and freshwater ecology research and management. He was born in Pakistan and got his PhD degree in ecology from France. At present he is working as Visiting Fellow with Fisheries and Oceans Canada at Winnipeg. Along with Mackenzie freshwater ecosystems in NWT, he is also working on trophic ecology of marine ecosystems in Nunavut. He is one of the co-authors of DFO Technical Report on Climate Change Assessment in the Arctic Basin. 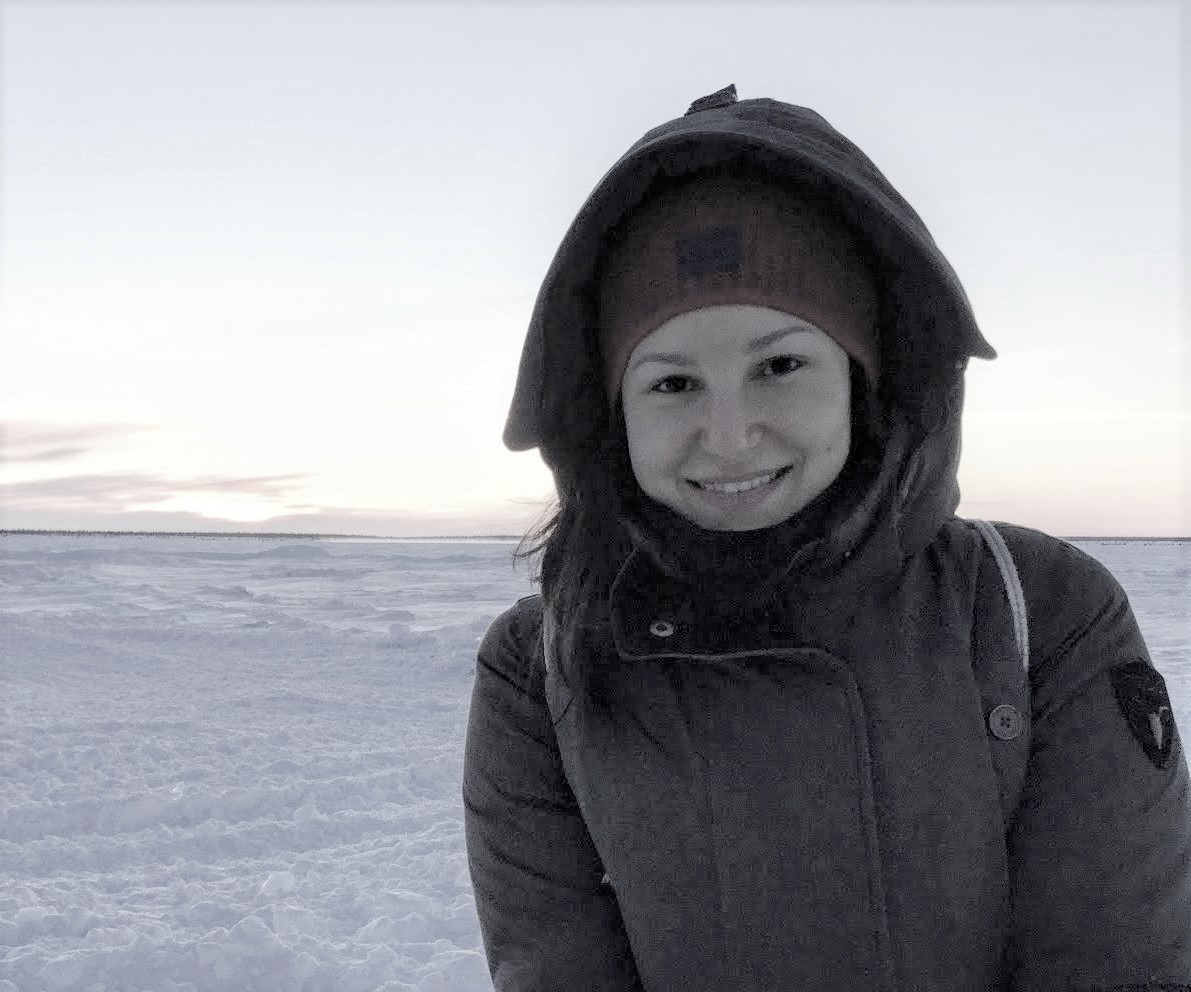 Mylène Ratelle is based at the University of Waterloo, Ontario, where she holds a project manager position for northern research. Mylène Ratelle received her PhD in Public Health from the Université de Montréal in 2015. Her specialization is in risk management related to environmental health challenges. She previously completed interdisciplinary programs related to biological sciences and the health-environment interaction, integrating knowledge in nutrition, communication, health sciences, and ecology. She currently works on projects using biomonitoring in Indigenous communities in Northern Canada (Northwest Territories, Yukon, Northern Ontario) with the aim to examine the relationship between exposure to environmental contaminants, nutritional status and traditional diet. This objectives of the projects are to assess contaminant and nutrients levels, investigate the role of country foods, identify the risk factors of contaminant levels and document how to better communicate results, specifically with Indigenous populations. Mylène has worked in collaboration with the Sahtú Renewable Resources Board since 2016, initially doing her postdoctoral research. Through her projects, she noticed the importance of recognizing the links between physical health, psychological wellbeing, the physical environment we live in and our behaviour towards it. She is eager to collaborate with the SRRB to support local initiatives. 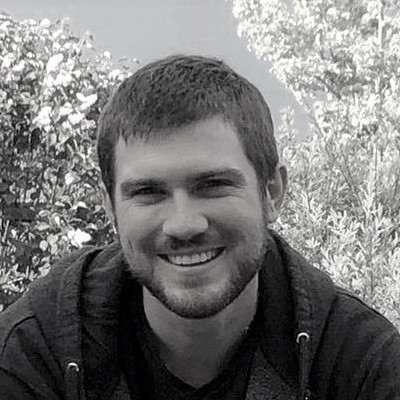 Rob Hammitt grew up in the United States, but came to Canada to learn more about Arctic and Northern policy. His research focuses on Indigenous and local control of living and natural resources in the north. Rob’s research also covers resource management and decision-making, which he uses to inform FISHES research. 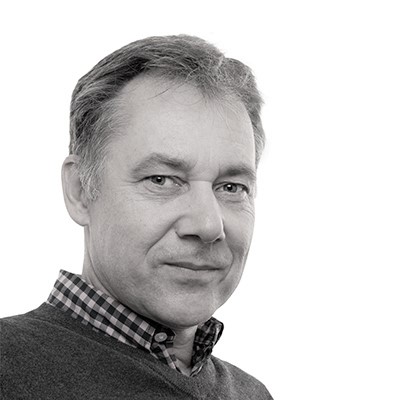 Dr. Stephan Schott is a Professor in the School of Public Policy and Administration at Carleton University with a PhD in Natural Resource and Environmental Economics. He teaches graduate courses in natural resource management, energy economics, energy tools and evaluation methods and theoretical foundations of public policy.  He has extensively worked in interdisciplinary teams with indigenous governments and communities, natural scientists, engineers and social scientists from other disciplines. He has substantial research and teaching experience in the Canadian Arctic where he managed and is leading several major Arctic research projects.  His research currently focuses on food security and Northern fisheries, alternative energy and sustainable development in the Arctic, the economic impacts of mining on local communities and local business development, wildlife management and knowledge co-evolution, and energy strategies and carbon emission reduction programmes in North America and Europe. 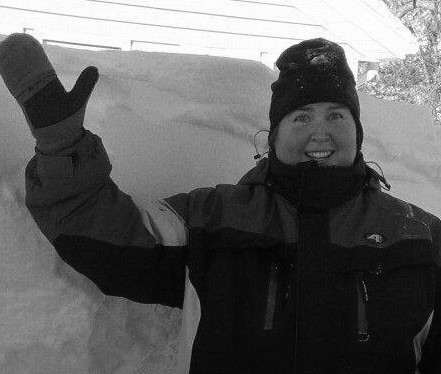 Wendy Wright is a Geomatics Professional who graduated from UPEI with a BSc in Biology before completing both an Advanced Diploma in Remote Sensing and an Advanced Diploma in Applied Geomatics Research at the Centre of Geomatics (COGS) in Nova Scotia.  Immediately after finishing at COGS, she accepted a position with GNWT-ENR Wildlife Management in Inuvik, where she spent nearly 10 years providing a wide range of analytical and mapping support to ENR staff and outside agencies. She was responsible for the day to day management, mapping and analysis of satellite collar data, as well as providing support for survey planning and post survey data analysis.  Other major projects included animating seasonal movements of barrenground caribou from telemetry data and working on a number of traditional knowledge projects. She currently lives in PEI.